Folk on the Pier

Folk on the Pier 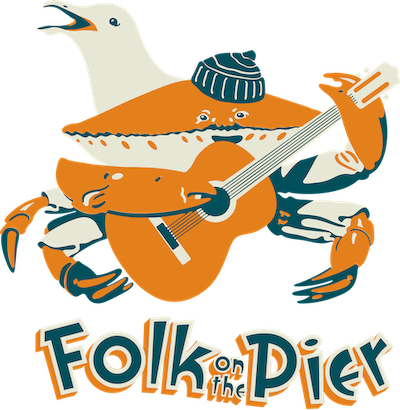 I am delighted to announce the winners of the prize draw, with apologies for the delay in doing so!  This was caused by an unfortunate problem with the video of Richard Digance drawing the winning ticket at the recent ‘Folk on the Strand’ weekend, the file of which unfortunately corrupted,  and despite numerous attempts to salvage it, we have had to give up on it now!

Firstly congratulations go to Martin Carter from Cambridgeshire who was the lucky winner of the main prize (looking very pleased as you can see!)

The runners up for a pair of tickets for an individual concert at the 2022 event are the following:

The winning tickets will be mailed out soon.  (Please note as per the original T & C’s with the exception of the main prize, we are unable to exchange any individual prize tickets for alternative concerts or for any financial equivalent.)

It remains for me to thank everyone who contributed by way of purchasing draw tickets. The amount raised has helped maintain the costs of the website, as well as general administration of the festival during the last eighteen months or so. I would also of course like to take this opportunity to say a very big thank you to Poppyland Brewery and Cromer Holiday Cottages and of course Richard Digance for their generous help with this fund raising project.

Having successfully held the original 2020 line-up in place over the last eighteen months, it was probably inevitable that at least one act would be unable to celebrate our return next year to the Pavilion Theatre, due to problems that have arisen because of the pandemic. Sadly this is the case concerning Demon Barbers ‘XL’ who were scheduled to headline our Friday night.

However, it is an ‘ill wind’ as they say and I am delighted to announce the return of TRADarrr, who have stepped up to the plate and will performing songs from their highly acclaimed new album ‘Strange News!’, as well as other favourites.

Thank you for your understanding concerning this change.

FOLK ON THE STRAND

Thanks to Richard Digance, Kevin Dempsey and Joe Broughton, Banter and their guests, the Spikedrivers and the Sunday night concert acts Rattlebox and the Bounty Hounds. Thank you also to the very fine local support artists Johnny Steinberg, Joe and Mary, Anto Morra and Hayley Moyses.

Of course a massive thank you to Howie Marsh of Gig Rig Hire for his usual calm and collected work on the technical.

I would also like to thank all those involved with the free events including Jenni Randall and Fiona Davies, the Rock the Lobster team, Bertie Anderson, Chris Holderness, Gemma Khawaja, the Browns and many others. Thanks also to Overstrand Sports Club, the Parish Council and Overstrand Conservative Club for the venues.

Talking of venues, a huge thank you must go to Keith and Lucy Hobday at the Belfry Centre for their incredible support over and above regarding this new project!!

Thanks also to Conkers Landscape and Design for sponsoring all of the print costs.

Finally, thank you to Andrea Tiplady, Libby Henshaw and Will and Jenny Affleck for crewing in various ways as well as Martin Dennis for the photos.

Folk on The Pier 2020 & 2021 saved for 2022
Following its inevitable postponement in 2020, Cromer’s popular music festival had hoped to be taking place at the town’s Pavilion Theatre on 7, 8 and 9 May in 2021. However, despite the crossing of many fingers for some months now, sadly Boris Johnson’s recent announcement of the Government’s ‘Roadmap to Recovery’ strategy regarding the Covid-19 crisis has forced the organiser to consider certain options for this year. With many hours of provisional negotiations already in hand, festival curator Scott Butler has worked tirelessly to secure the original line-up of artists booked for the 2020/2021 event to be the line-up that will make Folk on the Pier a special event in 2022. The new dates for the event will be 6, 7 and 8 May 2022.
Scott explains ‘the longer the latest lockdown continued and despite the roll out of the vaccine, it remained uncertain whether certain types of events could take place at their normally full capacity for the foreseeable future, and I felt it was unfair for the many loyal fans to be kept in the dark about any plans. With many coming from afar, as usual accommodation and travel needed to be arranged, so making the announcement now relieves them of those concerns’.
Renowned as ‘the best gig on the North Sea’, the event attracts a plethora of well-known and up-and-coming folk, folk-rock and acoustic artists from across the UK. ‘The line-up for 2020 was always going to be a special line-up; I am totally overwhelmed that those artists have such faith in Folk on the Pier that they have been willing to commit to a second postponement’.
With the unchanged line-up now in place, Scott and the Pavilion Theatre management are keen to reassure fans who had already purchased weekend passes for the original 2020 event, as well as individual concerts, that their tickets are valid for the same seat bookings in 2022.
The line-up is once again a ‘who’s who’ of award winners. Among the headliners are BAFTA Nominated TV Entertainer of the Year and The British Academy Gold Award of Composers recipient Richard Digance, and Wizz Jones who picked up a Lifetime Achievement Award at the BBC Radio 2 Folk Awards.
The ever-evolving Demon Barbers XL also won a BBC Radio Award for Best Live Act will present their new show ‘Rise Up’ and as always festival Patron Ashley Hutchings MBE who has been the recipient of numerous awards will present one of his latest special projects for the festival.
But it is not all about award winners – supporting acts include festival favourites the  Gerry Colvin Band, Feast of Fiddles, the Spikedrivers, Kevin Dempsey, Alan Reid, and the Urban Folk Quartet; plus newcomers to the Cromer Pier theatre - Linda Watkins, Martin Harley, Ninebarrow and the Redhills. Also making their first appearance at the festival are local acts Alden, Patterson & Dashwood, the Shackleton Trio and Klezmerized!
To close the festival on the Sunday evening is 'the band without whom' there would not be a Folk on The Pier - Fairport Convention. Little did they know when they invented British folk-rock that it would become the inspiration for what has become a very popular and enduring music festival.
Individual and season tickets tickets are now back on sale from the Pavilion Theatre box office at  What's On - Cromer Pier
Tweets by @folkonthepier

The Folk on the Pier store is now open!

We use cookies and other tracking technologies to improve your experience on this site. We also link to content on external websites which may also gather information about you when you visit them. You can read our Privacy Policy here.